The first generation in her family to attend college, Leanne Pyott Huebner, W’90, has made it her mission to share her good fortune by helping fellow first-generation, low-income students. She co-founded Minds Matter, a nonprofit that prepares students in 14 cities for college success, and mentors Penn students who have followed journeys like hers. 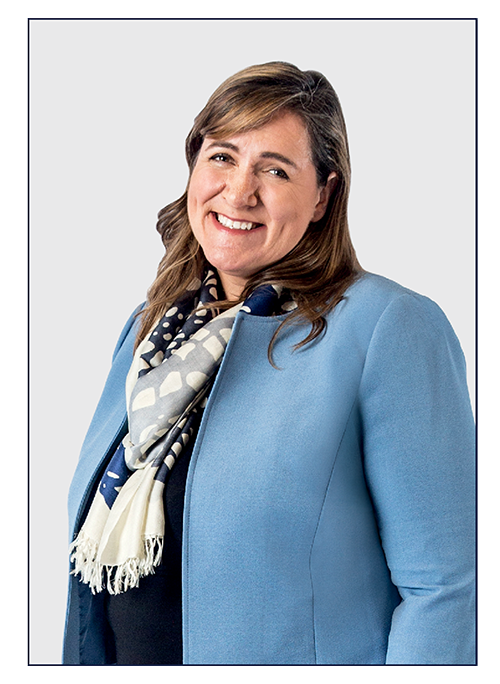 Difficult at first. While I had the qualifications to get to Penn, I wasn’t sure I’d get through Penn. But I persevered. A turning point was a class in business law with Wharton professor Robert Inman, who hired me to be a research assistant to meet my work-study requirement. Dr. Inman believed in me more than I believed in myself at that age. We spent hours talking about the intricacies of funding for urban education. I realize now that he was planting the seeds—teaching me how to make an impact in the world.

What about your transition from Penn?

Since I graduated with student loans to repay, I sought the highest-paying job. In my first job on Wall Street, I surpassed my family’s income in my first year out of school. Neither of my parents had the opportunity to go to college, greatly impacting their earning potential. In retrospect, my life trajectory was already diverging from that of my high school peers and my neighbors back home. At the time, I felt that I had stumbled onto a golden road of prosperity—and that I had the tremendous responsibility to turn right around and lend a hand. So, in my first year after graduation, I co-founded Minds Matter, one of the first college access mentoring programs of its kind. Today, Minds Matter has more than 2,000 volunteers, and I co-chair its National Board with an amazing Penn alumnus, Ashish Shah, W’92. Ashish and his wife, Sapna Shah, W’93, have been long-term volunteers and generous supporters of Minds Matter. In fact, well over 100 of our volunteers are Penn alumni.

How did you bring your work with first-generation, low-income students to Penn?

It began with students reaching out to me for advice. Whenever I came to campus, I just listened and opened doors where I could. Then, in 2015, I learned that first-generation students were coming together to form a new student-led group to support each other. Since then, I have helped the Penn First student organization and watched the growing empowerment of its members. I’ve helped pilot a program that connects first-generation students to alumni mentors, most of whom were also the first in their families to attend college. And I’ve guided a few dozen Penn first-generation students over coffee and through texts, calls, and emails.

Even though I live on the West Coast, it’s personally meaningful for me to come home to Penn by connecting with these incredible students who remind me so much of myself at that age. It warms my heart that Penn’s grant-based financial aid means they will graduate without burdensome debt—and therefore with more choices. And I’m incredibly excited that Penn is taking the next big leap with the new Penn First Plus program for first-generation, low-income students.

Penn’s Graduate School of Education recently received $8.6M to prepare teachers. The funds, a combination of gifts and grants collected over the past year, include support for degree and certificate...
see previous article

This summer, the Penn Museum’s 3,300-year-old Sphinx, the iconic statue that has presided over its Egyptian galleries, witnessed something unprecedented: the deinstallation and removal of much of the Museum’s acclaimed...
see next article
Subscribe to the Knowledge for Good email newsletter